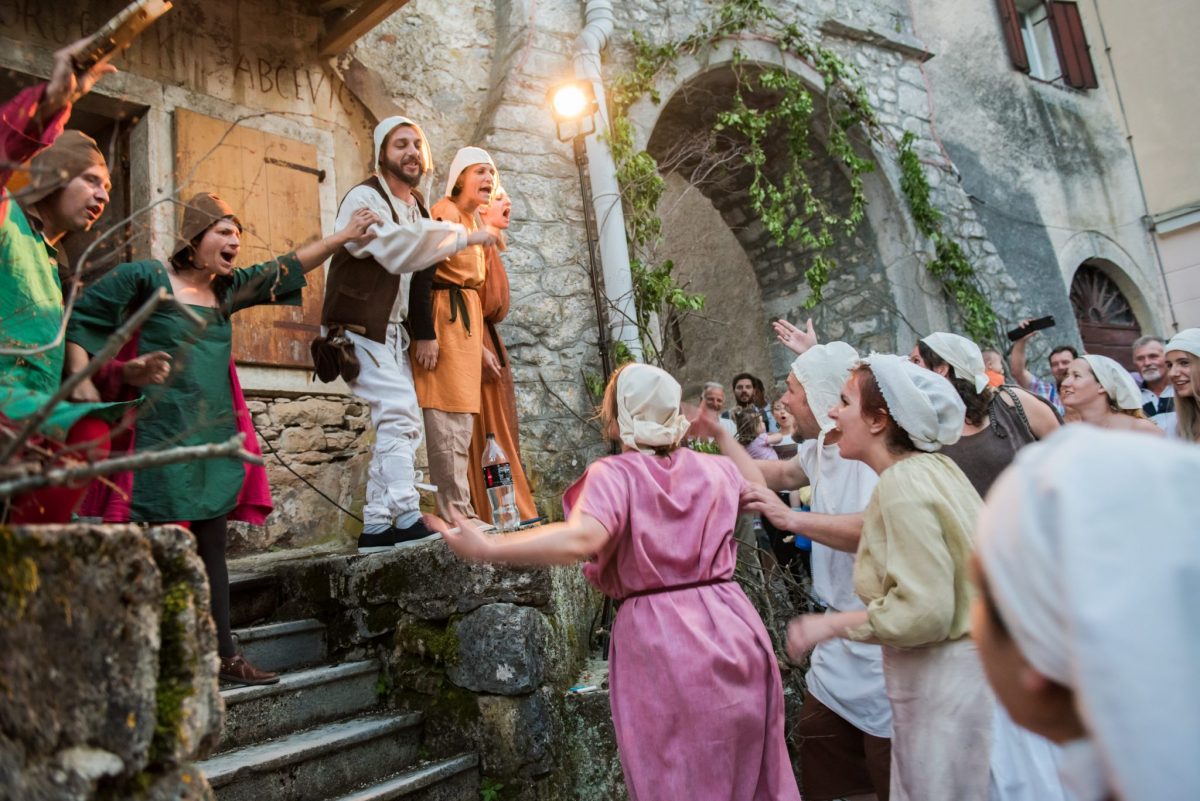 Pićan returned to the period of late antiquity to revive the legend of thorndancers. This journey through time was successful, because of the effort of the Istra Inspirit actors and the amateurs from the Pićan Municipality, the representatives of Association ‘Trnoplesari’. The visitors had the opportunity to attend the miraculous journey of St. Nicephorus to Rome, to find out how the Pićans got the nickname ‘thorndancers’. 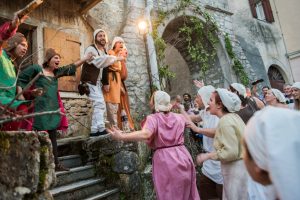 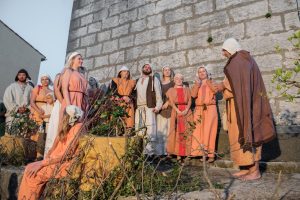 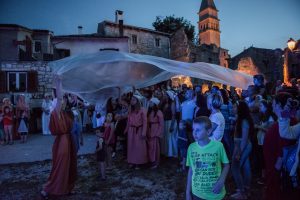 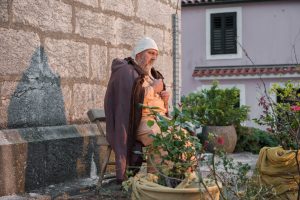 The whole program, including presentation and tasting of local gastronomic specialties, such as ‘pićonski’ rafiol and interactive children’s corner, started at 7 pm, and the central event of the performance of Istra Inspirit started at 8.30 in front of the main city gates. 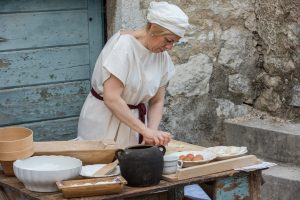 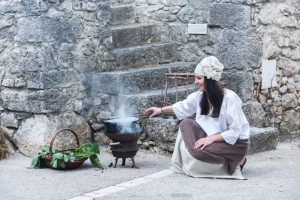 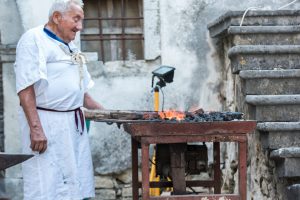 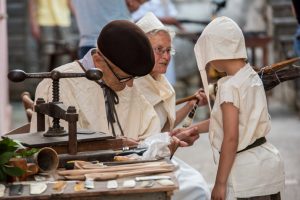 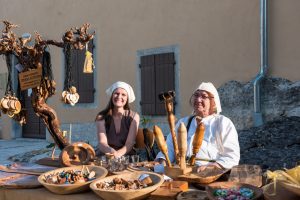 Amateur actors from Pićan showed that dialect from Pićan is still present among the local population, and this part of the intangible cultural heritage which is successfully transmitted to a large audience. 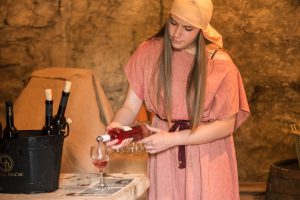 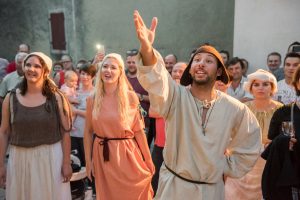 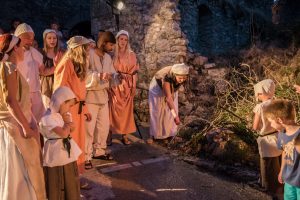 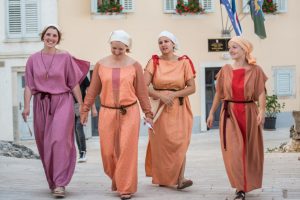 St. Nicephorus told the story through his performance why he had to travel to Rome to prove the rumors in Pićan are false, and on that trip to Rome he performed three miracles: a source with water, floating on the mantle and hanging his mantle on a ray of sunshine. When everyone was convinced that Nicephorus was not guilty, with the sentence: ‘May you forever barefoot dance on thorns!’ the Pićan people was given their nickname ‘thorndancers’. The interactive theatrical tour continued to the tunnel decorated with lights and thorns, through wich all visitors had to pass. Those who did not manage to go through the thorns were, by the legend, guilty for rumors, but St. Nicephorus forgave them all and as a symbol of forgiveness he left his golden hand, which was brought in front of the audience by members of Pićan Association ‘Trnoplesari’.

The Istra Inspirit actors who participated in the performance, directed by Petra B. Blašković, were Denis Brižić as St. Nicephorus, Ivona Bulešić in the role of Nicephorus’ niece, Luka Barešić as Pope and Patriarch of Aquileia, Sedina Cerovac, Nataša Dragun and Denis Gotal as travel acting group and Šandor Slacki and Jasna Petković as Pedenezi people. 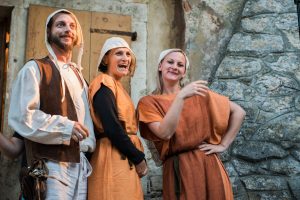 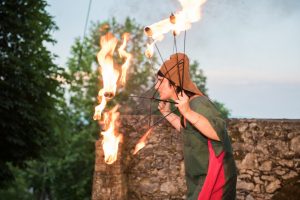 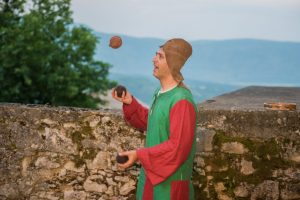 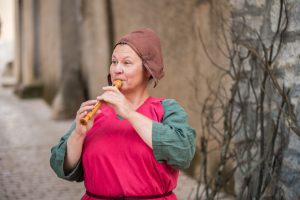 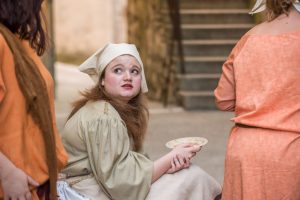 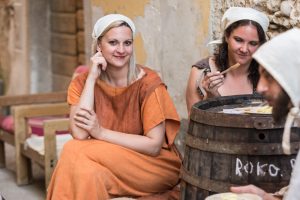 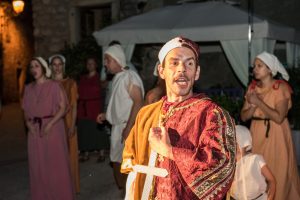 Throughout the whole process of creating a new event, Istra Inspirit has been enrichd as a project with another inspirational story that has been told through the techniques of storytelling and revived history. Pićan’s intangible cultural heritage was revived through the joint efforts of Pićan Municipality, the Istra Inspirit project and others who supported this project, Administrative Department for Tourism of Istria, Pićan Association ‘Trnoplesari’, Tourist board of Central Istria, Croatian Tourist Board and Rockwool. 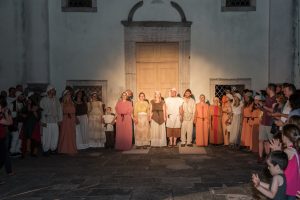 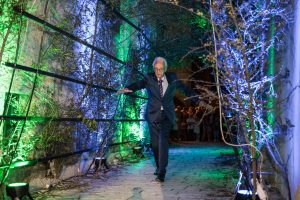 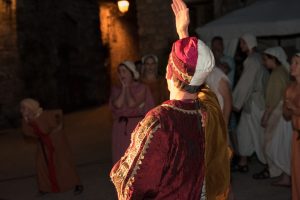 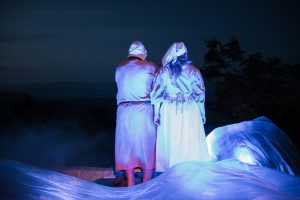