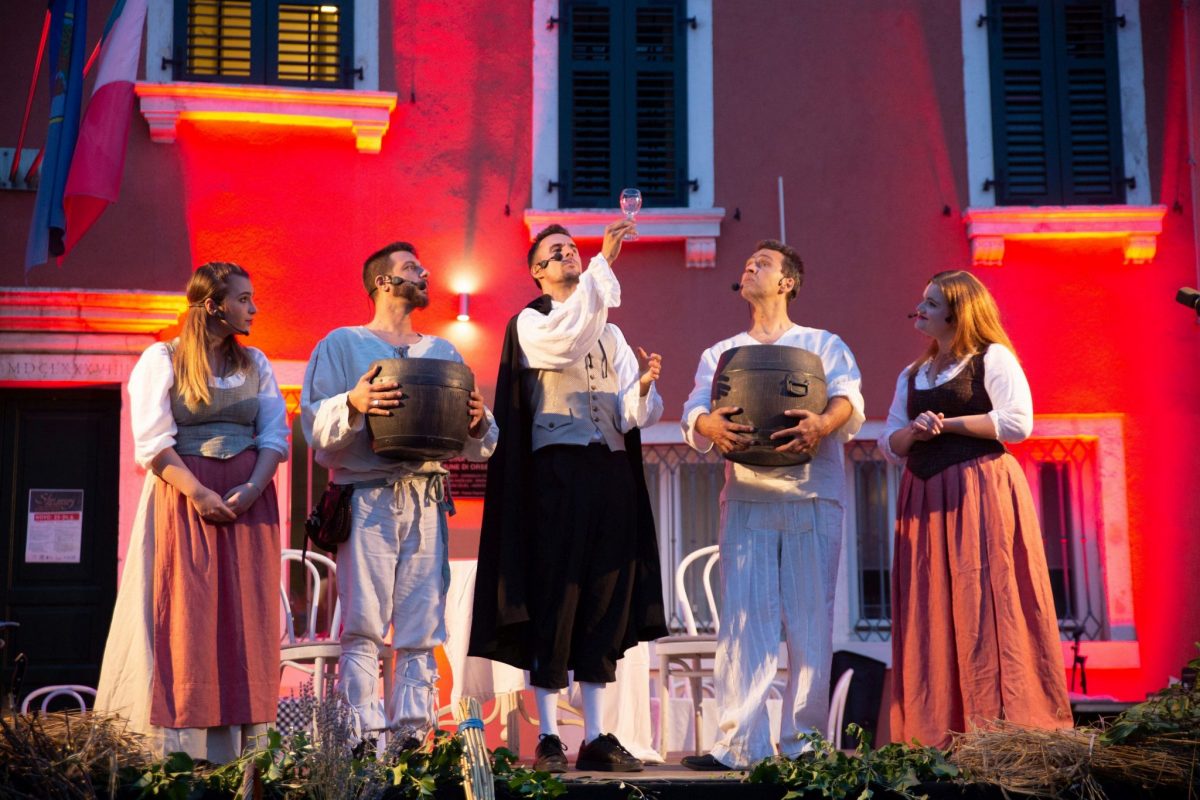 Oldf fair below the castle, the event held for the fifth consecutive year in the central square of Vrsar, was held in its first edition this year on 23rd and 24th of June, and for the second year in a row it was enriched by the program of Istra Inspirit directed by Petar B. Blašković during which it was presented the parts of the Statute that once ruled in Vrsar. 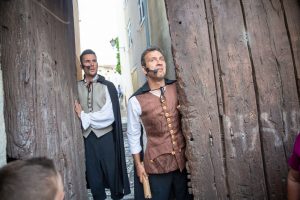 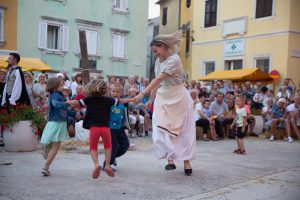 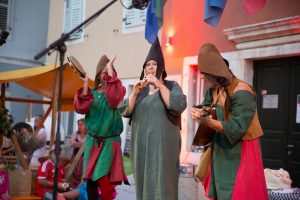 The Statute dating back to the 17th century was brought by Poreč’s bishops to Vrsar, providing the order in then old town. The entrance to the old town was controlled so that the men had to be shaved, all people bake their bread in only stove that existed, wine had to be top quality and those who would violate certain rules, were punished on a pillar of shame in the middle of the square. Visitors of the event together with Istra Inspirit and the local population could become citizens of Vrsar and received the Certificate, a souvenir from the Old fair. The entire program was performed in Italian – Croatian dialect, and the characters that made the audience laugh were barber, who tried to shave audience’s beards, Gastaldi who controlled the entrance to the city, and Cavalier who tried to explain the rules of the Statute to everyone and numerous statisticians, residents of Vrsar who have contributed to the revival of history and the preservation of the tradition of this city. Performers Istra Inspirit – actors and musicians who amazed in their roles were Frano Novljan (creative director’s assitant), Luka Barešić, Šandor Slacki, Denis Brižić, Dejan Gotal, Ivona Bulešić. Jasna Petkovic, Sedina Cerovac, Nataša Dragun and Anica Franjul. 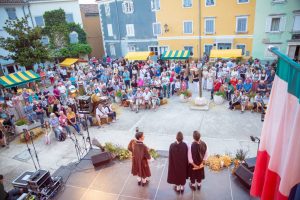 The event reminds us on what way Vrsar once lived and how the Statute worked and affected the inhabitants. The organizers of the event are the Tourist Board of Vrsar and the Association of Caterers Vrsar.

The second edition of the Old fair will be held on 07 and 08 September.