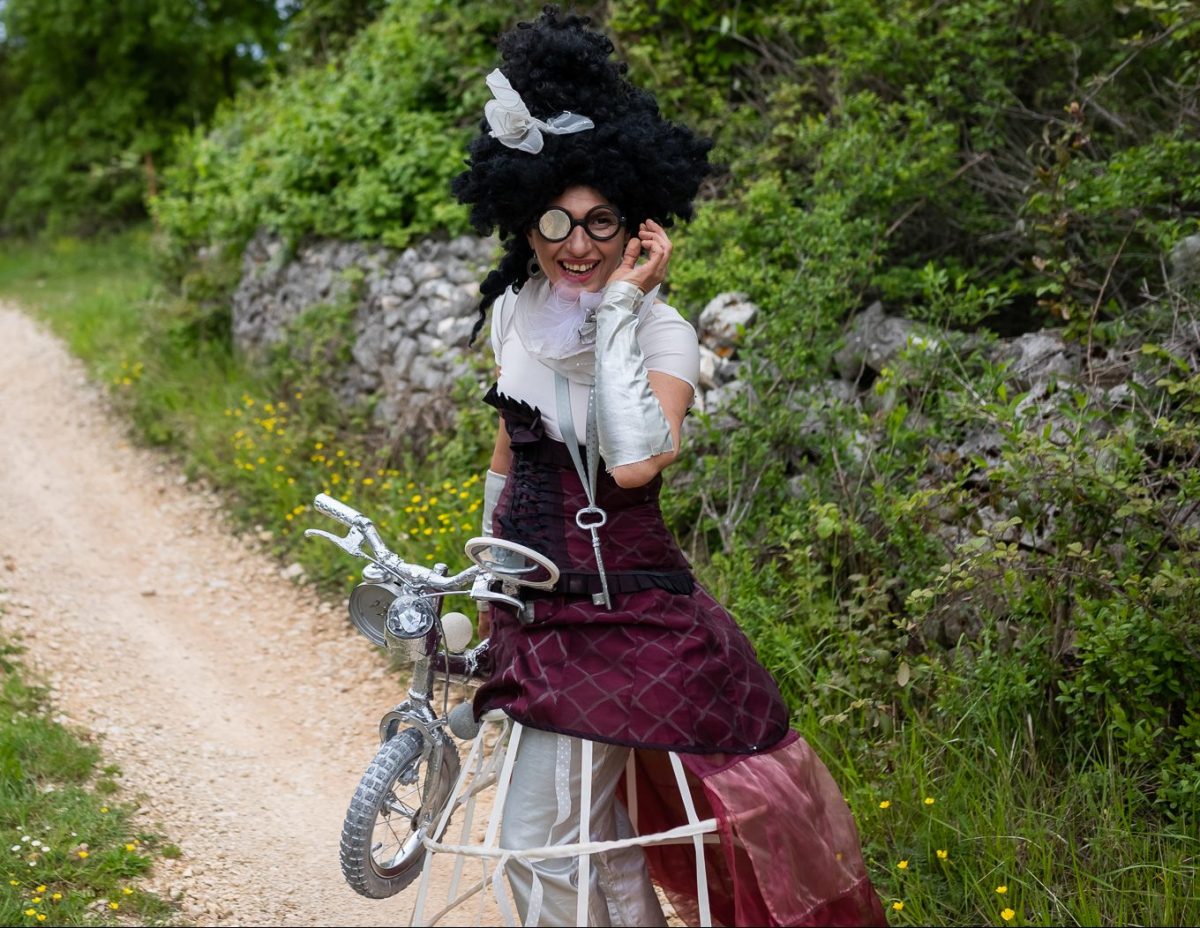 21,000 meters through Istria: the story of the old railway – storytelling experience of Istra Inspirit held as part of the ICARUS project

The first premiere of the storytelling experience “21,000 meters through Istria: the story of the old railway“ took place on Friday, 7th of May 2021, at noon. This unique performance was held as part of the ICARUS project, which promotes alternative and environment-friendly forms of transport and ways to explore the Istrian peninsula, such as trains and bicycles.

The storytelling experience “21,000 meters through Istria: the story of the old railway“ brought to life the history of the former railway that connected Rovinj and Kanfanar. The event took place in a settlement called Sošići and began with time-travelling, guided by the time traveller Maris who took the visitors back to the past with the help of a very unusual time machine – her bike. 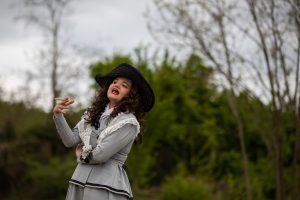 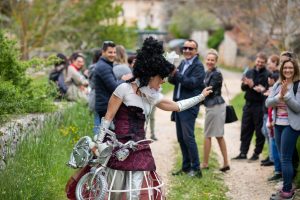 This Istra Inspirit performance introduced the visitors to the story of the old railway and unveiled some interesting and intriguing tales and anecdotes that represent an important milestone in the history of this part of Istria. Princess Valerie, the niece of Emperor Franz Joseph arrived directly from Vienna to share her own story from the train wagons. The former railway had a direct link between Rovinj and Vienna, which is why many prominent people of that time were frequent travellers on this route. The visitors also met Slavko, a railway keeper and a true train buff, whose story about the steam trains passing through Istria made everyone sentimental about the good old days. At the end of the story, the visitors came upon the cyclist Bepo, who shared his passion for exploring Istria on two wheels. The performance, which gradually moved from the past into the future, caught the attention of those present and reminded them how quickly time goes by.

The storytelling experience was directed by Frano Novljan, who we also saw in the role of the railway keeper Slavko, together with the performer Sedina Cerovac as Maris, Ivona Bulešić as princess Valerie and Dejan Gotal as the cyclist Bepo.

With this opportunity we would like to thank the Istrian Development Agency – IDA, Kanfanar Tourist Board, the Municipality of Kanfanar and the City of Rovinj for their cooperation, on whose account a new connection between bikes and trains was established and the staging of the Istra Inspirit storytelling performance was enabled. This interesting performance not only brought back to life the history of the old railway from Rovinj to Kanfanar, but also served its purpose of developing new products of cultural tourism in Istria. 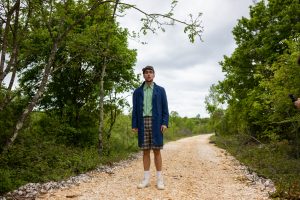 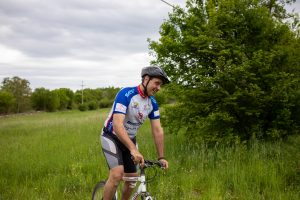 Having in mind the current circumstances caused by the Covid-19 pandemic, all necessary recommendations and epidemiological measures of the Croatian Institute of Public Health were implemented and respected by the organizers, performers and the public during this event.

Istra Inspirit is a cultural tourism project in Istria that is carried out within the Istrian Tourism Development Agency – IRTA d.o.o. in collaboration with the Istria Tourist Board.

You can find more information about the Istria Inspirit project here: